Don't Pay That Ticket. Save Your Ca$h
​ Click Here & Learn How To​​ Get Your Ticket Dismissed!

GOT A SPEED CAMERA TICKET?
DON'T PAY. GET HELP. SAVE YOUR CA$H.

Got A Ticket? Fight Back & Win!

Our team had 3823 traffic court cases dismissed by simply following the instructions we are providing
you in this eBook. You, too, can have the knowledge to fight back & Win. You’ll learn what documents to ask
for in such defenses as “Discovery”, "Material Omission" and “Engineering” defense and what to look for in a
“Defect On The Ticket” defense and much more.  We’ll explain the laws that allow such things as trial by
camera and the “cash cow” profits of the red light and speed camera tickets.

Take a stand against unjust traffic tickets. It's your money. You worked hard for it.
CALL & GET HELP NOW!

Example 2. Canadian driver gets speed camera ticket because there where other cars next to his car in the photo radar ticket.
Result: CASE DISMISSED!

Below is an example of an illegal speed camera ticket. Two cars in radar view. Who was speeding? "Not me. It was the other car" said driver.
Result: Case dismissed 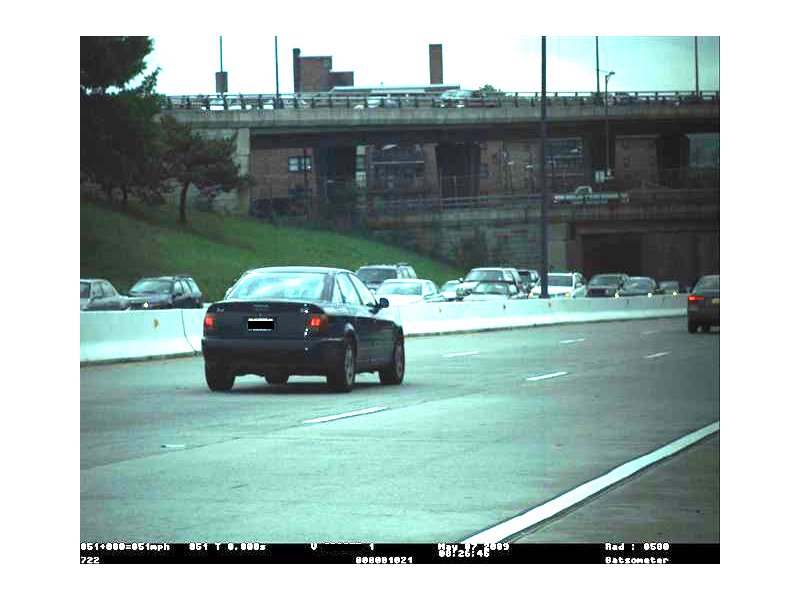 Police speed camera citation rules and regulations book states ticket should not be issued if more than one car are visible in the radar view.  So then... how come they keep issuing these types of ILLEGAL tickets! 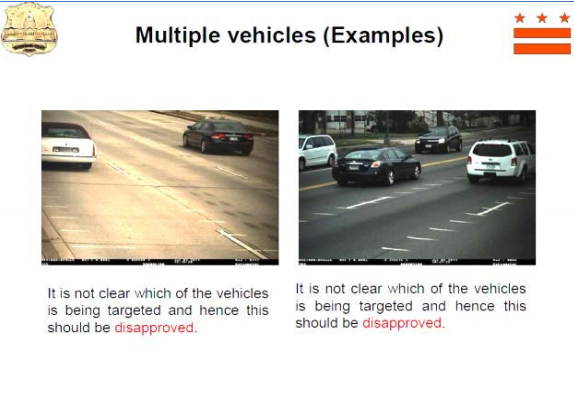 3. Inspect your ticket for defects.
E.g. Is the image of your license plate clear? Can you see all of the letter and number? If the answer is NO... dispute the ticket & you will win.

4. Inspect your ticket for errors.
E.g. Is your name, your address, intersection address, the time and date on the ticket correct? If not it's a defective ticket. Dispute your ticket & Win

5. In Colorado, you can ignore the tickets.
E.g. You do NOT have to pay a ticket if you did not receive it by hand, especially if you never signed for  accepting delivery according to investigative news reports and lawyers. See for yourself: 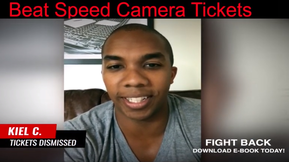 Doubt over the accuracy of the speed camera equipment led to the dismissal of a Washington, DC photo radar ticket last month. On May 7, a 34-year-old engineer from Alexandria, Virginia had been driving on Interstate 295/395 near 9th Street on a sunny morning when a mobile speed camera snapped a photo of the engineer's car. The camera claimed that the Audi was traveling at 51 MPH, 11 MPH over the District's 40 MPH interstate speed limit.

The motorist, who requested anonymity, decided to fight the citation out of "spite." When Adjudicator Stephen Reichert took one look at the ticket photo and noted that a second vehicle had been within the radar's field of view. Radar guidelines suggest this situation could cause a spurious radar reading, especially since the District's contractor provided no video or other secondary verification of speed. View full-size photo.

"In as much as the government-submitted photograph shows multiple vehicles traveling through the radar zone in a receding direction, the government has failed to prove by clear and convincing evidence that respondent's vehicle was identified as the vehicle speeding," Reichert wrote. "Thus the ticket is dismissed."

The motorist was glad he did not need to give the speech against the system that he had planned to give.
"I said 'no' when asked if I had anything else to add, and out I went with my cash remaining in my pocket"  "Saved $150.00. It only cost to me: $3.30 in Metro fares to Win."

As of last month, the District's private photo enforcement contractors had mailed a total of 4,019,023 tickets worth a total of $305 million. That is equivalent to one ticket not just for every resident of Washington, DC, but for every single resident of the District plus surrounding Virginia and Maryland suburbs.

Donya Inman
Beat $360 Red Light Camera Ticket! Bravo!
"Donya received a $360 ticket in the mail. She had no recollection of running a red light. She checked the photo- enforced company website and viewed the violation video. It was not her car that run the light. It was the car in front of her. She needed help and she called US.  The photo and video showed that the camera flashed when a vehicle just ahead of her made a right turn on red right in front of her. Dony's car was behind the violator. The red light camera flashed even before she made it to the stop line. The car that made the right turn should have received that ticket not Donya"
Case Result No.1
She won. Case dismissed. How? The  Wrong car ticketed, “Defect on the photo and video” strategy.  We told her to argue the basic elements of the red light camera violation error tip. First violation photo did not establish that the camera flashed when she entered the intersection. The video proved it was the car in front of her that trigger the flash. A $360 ticket dismissed.
READ ALL SUCCESS CASES 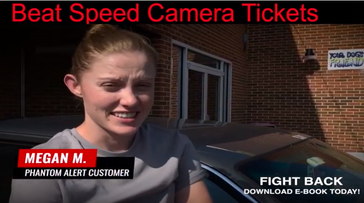 "Megan and John were shocked to receive five speed camera tickets in the mail. They had no recollection of speeding.  Then they noticed the address.  It was near a hospital.  It was during the period when their 10-year-old daughter was in intensive care at a Children’s Hospital.  How to contest the tickets was not clear.  But how to pay the tickets was in bold type on the violation letter.  Five days later they received four more tickets for the same location.  They called us."
Case Result No.2
We won on seven of the tickets! How? We applied the “Engineering Survey” defense and the “Lack of Legally Sufficient Notice” strategy. ​We asked the city for the engineering survey that should show the speed limit was authorized and  appropriate for the stretch of the road. They could not provide study. We asked for city to show tickets were mailed with in 30 days of violation. They were not. Case dismissed.
Hundred$ of dollars saved.
READ ALL SUCCESS CASES
Don't Let Them Take Your Cash In A FLA$H!  - Fight Your Ticket & WIN!
Get Your Free eBook + Free App + 50% Coupon

Mark
Traveling Salesman
"Mark received a $75 red light camera ticket in the mail. It was so long ago that he wasn’t immediately sure what had happened. Then he remembered. An ambulance had been coming up behind him, lights and sirens blasting. There was nowhere to go. He pulled through the intersection. Eventually, the ambulance drove past.  The problem? The red light camera was triggered Mark got a ticket. However, the  photo on the ticket  didn’t show the ambulance. He called us."
Case Result No.3
We won. How? The “Discovery” defense.  The city could not provide history of ambulance runs.  They didn’t provide any discovery.  Mark  asked the city for the violation video evidence and they could not provide it. No evidence, no case dismissed. $75 ticket dismissed.
READ ALL SUCCESS CASES
VIDEO REVIEW 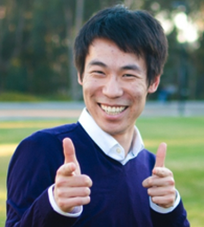 John
Professional Driver
"John received a $150 speed camera ticket  in the mail.  The photo was dark and the license plate was not recognizable.  it was blurred. Also, The ticket read “South Capital Street” but it did not look like it.  It should have said North Capital Street. He called us. "
Case Result No.4
We won. How? The “Defect on the Ticket” strategy. The evidence provided was not clear and convincing enough. First, wrong street listed on ticket. Second, the photo was not legible. You could not make out the license plate numbers.  Therefore, there was a material defect on the ticket.  Illegible Tag = No ticket. Case dismissed. He saved $150.
READ ALL SUCCESS CASES
VIDEO REVIEW 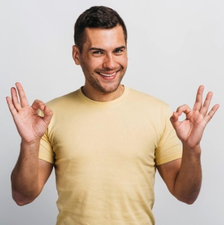 "Scott received a $436 red light camera ticket from Daly City and he took the case to court, and he WON!  He argued Daly City's contract with the camera maker Redflex violates the state vehicle code, specifically the regulation of the signs warning drivers there are red light cameras ahead.  The law states that the responsibility for the signs may not be contracted out to camera makers, that the city must inspect and maintain them. The city failed to follow the law. He went to trial.  "
Case Result No.5
He Won! The commissioner agreed with Scott and dismissed the  $436 ticket.  Redflex, the red light camera company violated the state
vehicle state code.
READ ALL SUCCESS CASES
VIDEO REVIEW
Don't Let Them Take Your Cash In A FLA$H!  - Fight Your Ticket & WIN!
Get Your Free eBook + Free App + 50% Coupon
AVOID TRAFFIC TICKETS
USING YOUR PHONE
GET PhantomALERT
FREE App for iPhone and Android
100% Legal
Send me my Free app PhantomALERT ​
I have a smart phone (iPhone & Android)
GET YOUR FREE PHANTOM APP

​20 PROVEN TIPS
On How to Beat Your Speed Camera & Red Light Camera Tickets!
Don't Let Them Take Your Cash In A FLA$H!  - Fight Your Ticket & WIN! Avoid Tickets. Make Your Car Invisible.
Get Your Free eBook + Free App + 50% Coupon